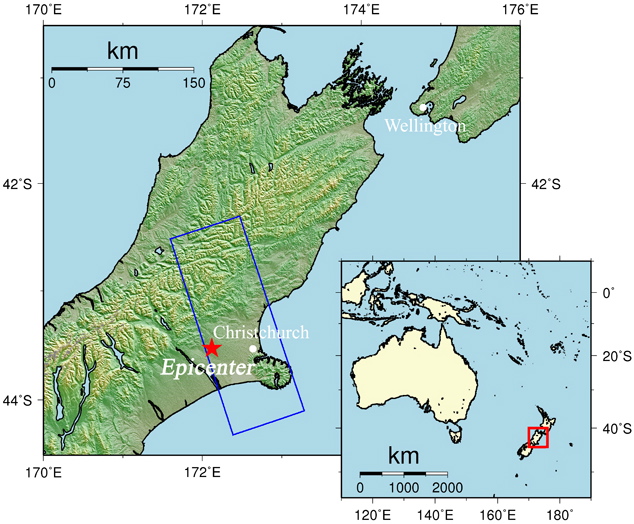 Figure 1 — An overall view of the observation area (JAXA refers to SRTM3 as terrain data).

The blue rectangle indicates the observation area shown in Fig. 2 and the red star represents the epicenter. 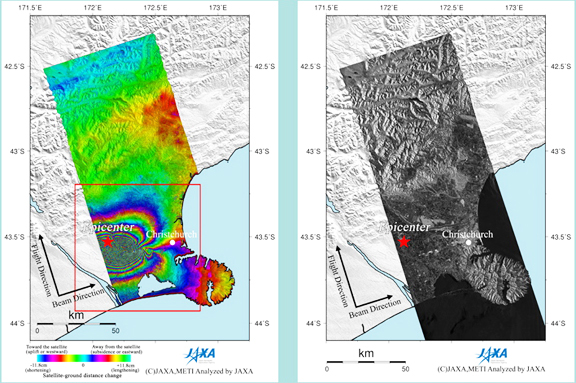 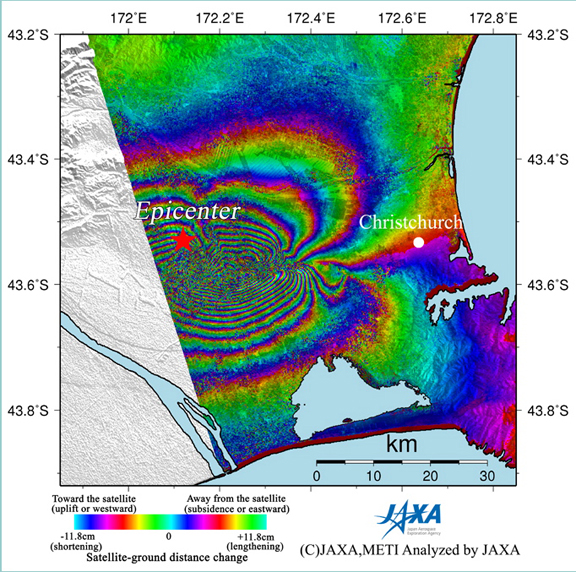 Figure 3 — Enlarged interferogram enclosed by the red square in the previous figure.

Figure 2 (left) is an interferogram generated from PALSAR data using the DInSAR technique. Figure 2 (right) is a PALSAR amplitude image acquired after the earthquake. In the interferogram of Figure 2 (left), there are many color fringes in the epicentral area. A color fringe illustrates changes of satellite-ground distance, meaning crustal deformation along a slant range, for the period. The resultant interferogram indicates an extensive crustal deformation (more than 1.6 m at its maximum) caused by seismic faulting. In Figure 3, JAXA found a low coherence area south of the epicenter extending east-west and a discrepancy of the color pattern between the area to the north and south. These indicate crustal deformations away from the satellite in the northern part and towards the satellite in the southern part, and suggest that this earthquake was caused by a right-lateral strike-slip faulting with a strike in the east-west direction. Figure 3 also shows a small deformation in Christchurch. AXA plans to continue ALOS observations of the afflicted area in the New Zealand.

* The color changes from blue to red, yellow, green, and back to blue indicate an extension (and an opposite pattern indicates a shortening) of the satellite-ground distance. One color cycle is equal to 11.8 cm.