A NASA spacecraft gliding over the battered surface of Mercury for the second time this year has revealed more previously unseen real estate on the innermost planet. The probe also has produced several science firsts and is returning hundreds of new photos and measurements of the planet's surface, atmosphere, and magnetic field. 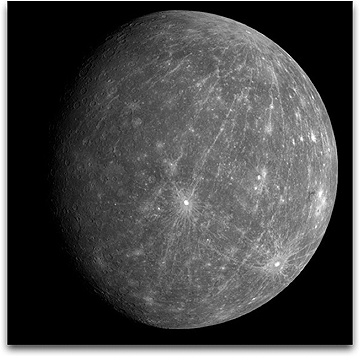 The MErcury Surface, Space ENvironment, GEochemistry, and Ranging, or MESSENGER, spacecraft flew by Mercury shortly after 4:40 a.m. EDT, on Oct. 6th. The craft completed a critical gravity assist to keep it on course to orbit Mercury in 2011 and unveiled 30 percent of Mercury's surface never before seen by a spacecraft. The spacecraft's science instruments operated throughout the flyby. Cameras snapped more than 1,200 pictures of the surface, while topography beneath the spacecraft was profiled with a laser altimeter. The comparison of magnetosphere observations from the spacecraft's first flyby in January with data from the probe's second pass has provided key new insight into the nature of Mercury's internal magnetic field and revealed new features of its magnetosphere. The magnetosphere is the volume surrounding Mercury that is controlled by the planet's magnetic field. The probe's Mercury Laser Altimeter, or MLA, measured the planet's topography, allowing scientists, for the first time, to correlate high-resolution topography measurements with high-resolution images. 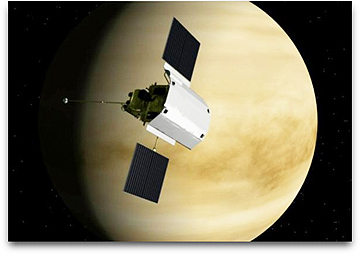 The Mercury Atmospheric and Surface Composition Spectrometer observed Mercury's thin atmosphere, known as an exosphere. The instrument searched for emissions from sodium, calcium, magnesium, and hydrogen atoms. Observations of magnesium are the first detection of this chemical in Mercury's exosphere. Preliminary analysis suggests that the spatial distributions of sodium, calcium, and magnesium are different. Simultaneous observations of these spatial distributions, also a first for the spacecraft, have opened an unprecedented window into the interaction of Mercury's surface and exosphere. Spacecraft images also are revealing for the first time vast geologic differences on the surface.
Topical Tags :
Agencies
Satellite Operator
Service Provider
Regional Tags :
Global