Russia—Moving On Up, Vardanyan To Baikonur Cosmodrome Head (Business) 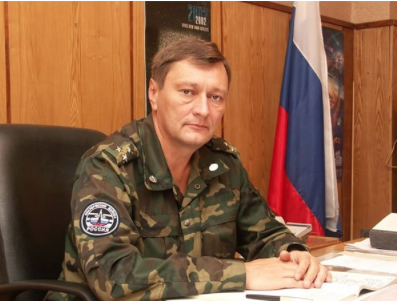 Mikhail Vardanyan is the new head of the Baikonur Cosmodrome

Vardanyan has spent his entire career in the industry, including 30 years at the Kazakhstan-based Baikonur launch facility as a military engineer and manager, according to a statement on Roscosmos’ website.

The previous head of the facility, Yevgeny Anisimov, stepped down last week for personal reasons, according to Roscosmos. However, the Russian newspaper Kommersant, citing unnamed sources at the agency, reported that he was in fact summoned to Moscow and pressured to resign due to unresolvable disagreements with senior officials at the agency.

Russia leases Baikonur, the launch site of both Sputnik and Yury Gagarin, from Kazakhstan for $115 million annually.

A new space center, Vostochny is being built in eastern Russia to reduce dependence on Baikonur. The new facility is planned to host the Angara rocket, now under development for both satellite and manned launches. Workers that were diverted to assist with construction for the Olympics are now being rerouted to Vostochny to intensify work and meet construction deadlines.