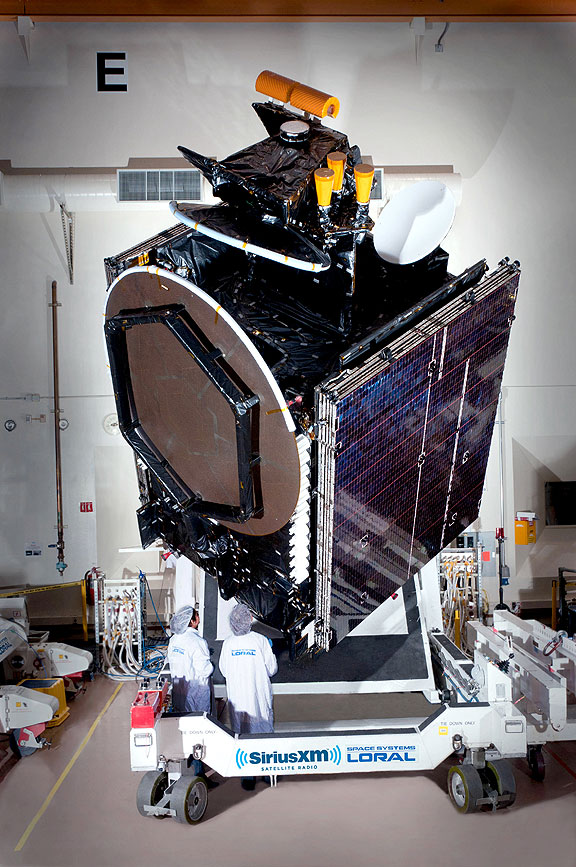 The donated Sirius FM-4 satellite, photo courtesy of SS/L
[SatNews] One of the first satellites designed to provide space-based digital radio service to consumers in the United States and Canada was donated by...

...SiriusXM Radio and Space Systems/Loral to the Smithsonian. The Sirius FM-4 broadcasting satellite was built as a flight-ready back-up for a constellation of three satellites developed by SiriusXM and manufactured by Space Systems/Loral. The FM-4 satellite will be on display in the James S. McDonnell Space Hangar of the National Air and Space Museum’s Steven F. Udvar-Hazy Center.

Historically, communications satellites have been the space-based application most robustly developed and integrated into day-to-day life. A field that at first consisted mostly of government-related programs began shifting in the mid-1970s to private industry. By the end of the Cold War, this move toward private activity and the provision of satellite service directly to individuals accelerated and has become a defining feature of the satellite business. SiriusXM was part of this development, providing digital satellite radio service to individuals. For a century, radio was mostly a local medium, defined by the limited reach of ground-based transmission towers. Using space-based technology, SiriusXM has greatly expanded the scale and reach of commercial radio to cover most of the North American continent.

The National Air and Space Museum is on the National Mall in Washington, D.C., at Sixth Street and Independence Avenue S.W. The museum’s Steven F. Udvar-Hazy Center is located in Chantilly, Virginia, near Washington Dulles International Airport. Both facilities are open daily from 10:00 a.m. until 5:30 p.m. (closed on December 25th).

"The availability of a flight unit like Sirius FM-4, which was never launched, is extremely rare and will be a significant addition to the museum’s collection," said Martin Collins, space history curator. "Whether experienced in our cars or homes, the remarkable innovations offered by satellite services are often taken for granted—one indicator of how the space age has changed our lives."

"We are honored that our FM-4 satellite will help the National Air and Space Museum tell the story of modern satellite communications and its powerful impact on everyday life," said Robert Briskman, SiriusXM co-founder and technical executive. "Satellite radio now takes its place as one of the great innovations of our time to inspire the next generation of broadcasters."

"Rob Briskman’s concept of three satellites in a Highly Inclined Elliptical Orbit was an extremely inventive solution for providing programming to millions of listeners," said John Celli, president of Space Systems/Loral. "It is an honor to participate in the donation of the original spare satellite, which we are pleased to say was never needed to assure continuous service." 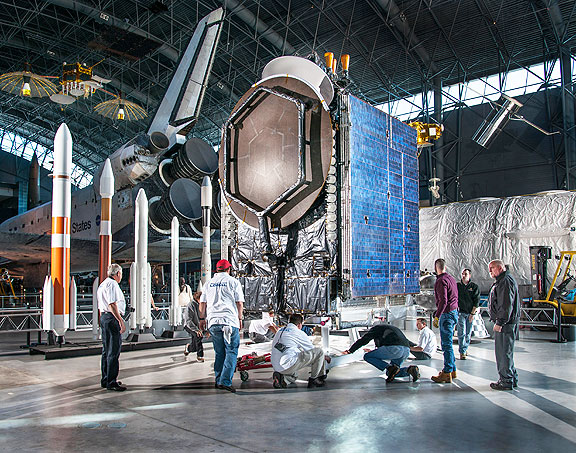