Financing Now Completed By Avanti Communications For The HYLAS 4 Satellite

[SatNews] Avanti Communications Group plc (“Avanti”) announces the completion of financing for its HYLAS 4 satellite, in line with the previously announced financing plan.

Avanti has successfully placed $125 million in Senior Secured Notes due 2019 (the “Notes”) under the Company’s existing indenture. The Notes will be issued at a small discount to the current trading price of Avanti’s existing notes and will have a coupon of 10 percent. The investor group was led and managed by MAST Capital Management, LLC, a Boston-based investment firm. HYLAS 4 remains on-track for launch in early 2017 and will complete Avanti’s coverage of EMEA. The majority of the satellite’s capacity will serve high-growth markets in Africa. 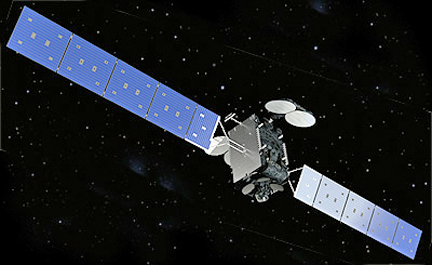 The Company expects that this will consolidate its first mover advantage across EMEA, and enhance the future cash generation potential of the Group. In addition, Avanti has also simultaneously conducted an equity capital raising (the "Capital Raising"). Avanti has issued 3,592,781 new ordinary shares (the "New Ordinary Shares") of 1p each (“Ordinary Shares”) at a price of 200.65p per New Ordinary Share, to raise approximately £7.2 million ($11.3 million) (net of expenses) in order to satisfy demand from bond investors. The Capital Raising has been conducted under the Company’s existing shareholder authorities to allot new Ordinary Shares for cash on a non-pre-emptive basis.

The issue price of 200.65p represents a discount of 4.0 percent to the closing middle market price of 209.00p per existing Ordinary Share on August 17, 2015, the last dealing day prior to this announcement. Application has been made to the London Stock Exchange for the New Ordinary Shares to be admitted to trading on AIM (“Admission”).