...launched on May 7, 2011, is exceeding performance expectations and is on schedule to achieve operational certification later this year. Data from the U.S Air Force's SBIRS GEO-1 satellite will enhance the military's ability to detect missile launches around the globe, support the nation's ballistic missile defense system, greatly expand technical intelligence gathering capabilities, and bolster situational awareness for warfighters on the battlefield.

Interim mission performance results indicate that GEO-1 already demonstrates the ability to meet more than 90 percent of Air Force Space Command's performance requirements for operational use, and the remaining performance refinements are on track to be completed well before the satellite is fully certified for operations by U.S. Strategic Command later this year. SBIRS GEO-1 includes highly sophisticated scanning and staring sensors. The scanning sensor will provide a wide area surveillance of missile launches and natural phenomena across the earth, while the staring sensor will be tasked to observe smaller areas of interest with superior sensitivity. The GEO-1 satellite is already delivering data from both its scanning and staring sensors. 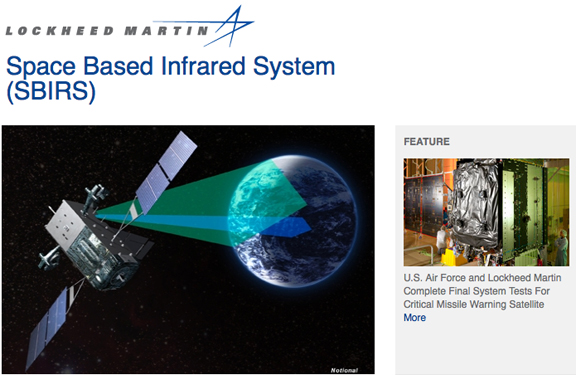