Xianglong UAV Being Developed By China 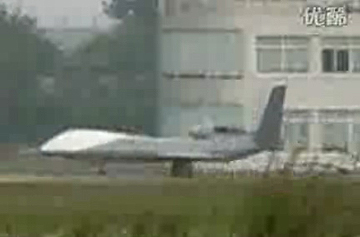 China is reported to be developing a new UAV that's similar to the U.S.' RQ-4 Global Hawk. The Chinese aircraft is the Xianglong (Soaring Dragon) and is about half the size of the Global Hawk. The Xianglong weighs 7.5 tons and has a 45 foot wingspan as well as a .65 ton payload. The craft's maximum altitude will be 57,000 feet and it's range will be 7,000 kilometers with a faster cruising speed than the RQ-4.

The Chinese Xianglong is intended for maritime patrol, as is a U.S. Navy model of the RQ-4. The Xianglong recently conducted taxi-tests, which was the first time the UAV was shown to the public. The shorter range of this UAV is apparently attributable to the lower capabilities of the Chinese aircraft engine industry. Flight testing will begin next year, and the Xianglong may enter limited service in 2-3 years. The U.S. Air Force is currently buying the B version of the RQ-4 Global Hawk UAVs, at a cost of $58 million each. This version is larger than the A model, with a wingspan that's 15 feet larger at 131 feet, and the UAV is four feet longer at 48 feet. Plus, the B model can carry an additional two tons of equipment. To support the increased weight, there's a new generator that produces 150 percent more electrical power. The RQ-4 has a range of more than 22,000 kilometers and a cruising speed of 650 kilometers an hour. The image was captured from a video broadcast on the Chinese Internet.
Topical Tags :
New Products
Manufacturing
Military
Regional Tags :
Asia/Asia Pacific