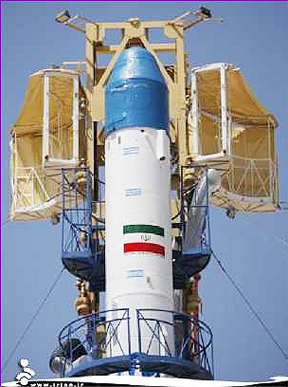 ...that Iran plans to send satellites into geostationary orbits after the end of the country’s Fifth Development Plan. Iran’s Fifth Five-Year Development Plan (2010-2015) is part of the 20-Year Outlook Plan (2005-2025), which is the country’s main blueprint for long-term sustainable growth. Farahi also said that the process of designing and manufacturing several satellite carrier rockets with a range of 1000 kilometers will be completed by the end of the Fifth Development Plan. Iran has already sent three satellites into space. On February 3, Iran successfully launched its third domestically manufactured satellite, named the Navid, into orbit. The Navid satellite was sent into space aboard the upgraded Safir satellite carrier rocket.