Kazakhstan... Says "No" To Russia (Launches)

Kazakhstan is reportedly blocking upcoming Russian satellite launches due to a dispute...

...with Russian space authorities over the drop zone for rocket debris, this according to a report on the Radio Free Europe website. Unnamed officials spoke about the dispute with Russia's Kommersant daily and Interfax news agency. No public confirmation was readily available. 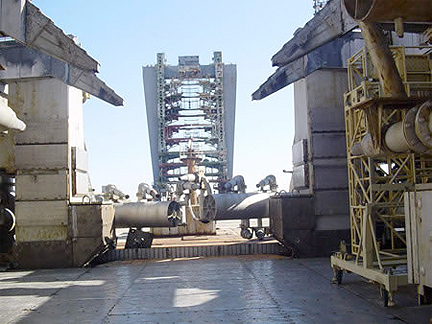 Photo of the Baikonur cosmodrome.
The dispute reportedly concerns plans for debris from Russian Soyuz rockets—which carry satellites into orbit—to fall to Earth in the northern Qostanai region after launch from the Baikonur space center. Reports say Kazakhstan wants the drop zone included in an amendment to Astana's current launch-leasing accord with Moscow. 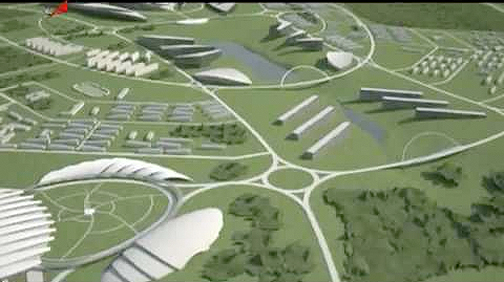 Artistic impression of the currently under construction
Vostochny cosmodrome.
Qostanai is the same region where nearly 1,000 rare saiga antelopes were recently found dead following the landing of a Russian spacecraft there in April. However, no scientific link between the spacecraft and the dead saiga has been announced. And, given the less-than-friendly relationships between the two countries recently concerning Russia's new launch site that is under construction, there may be more to this denial of launch than such might seem at first viewing. The new Russian cosmodrome if being built at the former missile defense base of Vostochny. This area is in the far eastern region of Russia, approximately 3,600 miles east of Moscow and a few hundred miles away from China.

Russia initiated their agreement with Kazakhstan in 2004 and as already paid approximately $115 million in lease on the Baikonur center. The Russian lease extends until 2050. However, given Vladimir Putin's statements regarding all Russian launches will occur from Vostochny staring in 2018, and an unmanned launch from this location in 2015, Kazakhstan stands to lose millions in launch fees. When it comes to cash and the lost of crucial income, detente has been known to lose its way.