ARSAT-1 Payload To Be Built By Thales Alenia Space 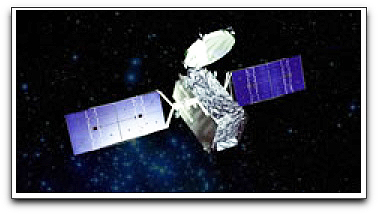 Thales Alenia Space has signed a contract with Argentina’s ARSAT to supply the payload for the ARSAT-1 satellite, as part of the SSGAT (Sistema Satelital Geoestacionario Argentino de Telecomunicaciones) program to manufacture the first Argentine geostationary telecom satellite. INVAP, the Rio Negro Province high tech powerhouse located in San Carlos de Bariloche, already involved in the manufacturing of observation satellites, was selected by ARSAT as prime contractor of ARSAT-1 and will integrate the Thales Alenia Space payload with the platform they are currently developing.

ARSAT-1 is a key milestone for the development of ARSAT, as it will enable the operator to grow its fleet complementing, in particular, the Nahuel-1 satellite, built by Thales Alenia Space. ARSAT-1 is slated to enter service in 2012, and will be positioned at 71.8 degrees West. It will provide data, telephone, and television transmission services for Argentina, Chile, Uruguay, Paraguay, and Bolivia. Weighing about 2.8 tons at launch, it will offer a design life of 15 years. The payload will be fitted with 24 Ku-band transponders and will use 3.5 kW of power.