[SatNews] Space Systems/Loral (SSL) has been awarded a contract by Skybox Imaging to build an advanced constellation of Low Earth Orbit (LEO) satellites for Earth imaging.

The contract award helps SSL, which is best known for its high-power geostationary communications satellites, to further expand its capabilities building LEO imaging satellites and solutions. SSL will build 13 small LEO satellites, each about 60 x 60 x 95 centimeters and weighing roughly 120 kilograms, to be launched in 2015 and 2016. These satellites, based on a Skybox design, will capture sub-meter color imagery and up to 90-second clips of HD video with 30 frames per second. Once the 13 satellites are launched, Skybox will be able to revisit any point on Earth three times per day. 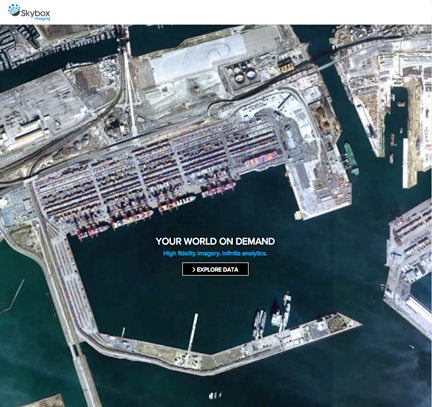 “With the successful launch of SkySat-1 in November 2013, we validated our high-performance imaging satellite design and economics,” said Michael Trela, vice president of satellite systems, Skybox Imaging. “By partnering with SSL, we can leverage their unique production capabilities to scale with greater cost-efficiency and speed while allowing us to focus on prototyping next generation systems to better serve our customers.”

“The contract award from Skybox is tangible evidence of our success in working with MDA to expand into new markets,” said John Celli, president of SSL.  “Based on SSL’s unique strengths as a satellite manufacturer and MDA’s heritage, we are developing new capabilities that will enable us to pursue other Earth observation and LEO satellite opportunities in the U.S. and abroad.”

As part of the agreement, Skybox granted SSL an exclusive license to the satellite design. This provides SSL with a unique platform to address the growing demand for small satellites and related services.

Additional information regarding Skybox Imaging may be accessed at http://www.skybox.com/

For more insights into SSL, head over to http://www.sslmda.com/