Animals Are Next Iranian Rocket Passengers 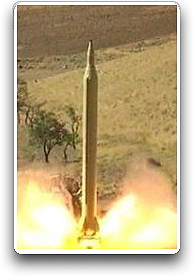 Insisting all along that the country's space program is non-military in nature, the country intends to blast critters into space as a stepping stone to their first manned space flight. This, according to one of Iranian's space flight "officials," Mohammed Ebrahimi. He is, apparently, the second in command at Iran's Aerospace Research Institute. In the near future, according to Mr. Ebrahimi, Kavoshgar-3 and -4 will use animals as their test passengers. Last Wednesday, the Kavoshgar-2 launch succeeded. The payload was a carrier, a space lab, and a restoration system. This Iranian rocket is fully capable of packing a small payload and then re-entering Earth's atmosphere with a high degree of accuracy, according to reports. The most recent launch had the rocket engaged in air pressure and wind speed analysis as well as a series of other test that were initiated at altitudes of 50 to 200 kilometers above the earth. Once again, these launches are not for military purposes!