...satellite, which will also be developed by China, before the end of 2015, according to a contract signed last Saturday. The Chinese company is the country's only authorized provider of commercial satellite launch services for international clients. The contract for CongoSat 1, a communications satellite to be developed and manufactured by the China Academy of Space Technology for the National Network of Satellite Telecommunications of the African country, was inked in Zhuhai, Guangdong province. The signing was on the sidelines of the Ninth China International Aviation and Aerospace Exhibition, also known as the Zhuhai Airshow. 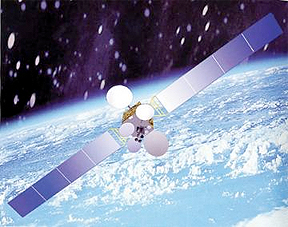 Artistic rendition of the
CongoSat-1 satellite
The CongoSat 1 design will be based on the DFH 4 satellite platform, capable of covering the Democratic Republic of the Congo and all the central and southern parts of the African continent. China will also build ground control and training facilities and will train satellite-control personnel for the client.

China Telecom, one of the country's biggest telecommunications companies, will also play an active role in the project by upgrading the operation system and providing management services to the network. This deal marks the second time that China has exported a satellite to African nations, following the NigComSat 1, another communications satellite that was launched for Nigeria in May 2007 by Great Wall. The Company completed three international contracts in 2012, including the launch of VesselSat 2 for European space systems contractor LuxSpace and VRSS 1, a remote-sensing satellite for Venezuela. By the end of this year, it will conduct two more launches for international clients. As of this writing, Great Wall has launched 35 rockets carrying a total of 41 satellites for foreign clients. It has also provided seven piggyback launch services to foreign clients.

In addition to the African country, the Chinese Academy of Sciences and two Hong Kong-based satellite companies also signed service contracts with Great Wall. According to China Aerospace Science and Technology Corp, China aims to take up 10 percent of the international satellite market and 15 percent in the world's commercial launch field by the end of 2015. (Source: ChinaDaily, Zhao Lei).