During the APSCC 2016 Satellite Conference and Exhibition in Kuala Lumpur, Malaysia, the Asia-Pacific Satellite Communications Council (APSCC) named their 2016 Satellite Executive of the Year — Mr. Pierre-Jean (PJ) Beylier of SpeedCast.

The accolade recognized Beylier's contributions to the SATCOM industry and was presented to him during an October 4th awards ceremony. Mr. Beylier, who was also recently named Teleport Executive of the Year by the World Teleport Association (WTA), has led an ambitious global expansion at SpeedCast that has resulted in significant revenue growth and has positioned the company as one of the few truly global satellite solution providers. 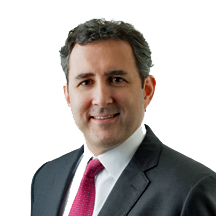 The CEO of SpeedCast, Pierre-Jean Beylier.

Through a combination of organic growth and targeted acquisitions, Mr. Beylier has turned SpeedCast—which has its roots in the APAC region—into a worldwide force with 42 sales and operations offices spanning six continents. He has also been instrumental in driving the company’s ongoing network and infrastructure augmentation program to ensure the most robust, redundant global network for worldwide maritime, government and enterprise customers, leveraging over 70 satellites and 39 teleports.

Mr. Beylier noted he views this award as a company-wide recognition that reflects the dedication and customer focus of the firm's staff around the globe, and for the ongoing commitment to build SpeedCast into the world’s premier communications and network service provider. SpeedCast has experienced an incredible 16-year journey.