This October the BepiColombo spacecraft, a joint project between the European and Japanese space agencies ESA and JAXA, will launch from the European spaceport, Kourou, in French Guiana.

The spacecraft will explore Mercury, the smallest planet in the solar system, and is currently being outfitted in a heat protection suit from RUAG Space, Europe's market leader in the field of thermal insulation. 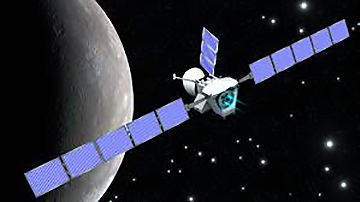 Artistic rendition of the BepiColombo spacecraft. Image is courtesy of ESA.

Almost every European satellite is protected from extreme heat and cold in space by thermal insulation manufactured in Austria.

The white thermal insulation was manufactured in Berndorf, Austria. The outside surface consists of high-temperature insulation made of ceramic fibers and will protect the spacecraft from the extreme temperatures in space and will also serve as protection against micrometeorites.

Jörgen Remmelg, SVP Spacecraft, RUAG, said that Mercury is the planet closest to the sun, so the spacecraft will have to withstand extreme heat of more than 450 degrees Celsius.