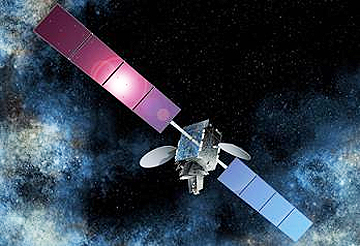 [SatNews] Telesat has initiated commercial service on its new...

...Nimiq 6 satellite. The entire capacity of Nimiq 6 is contracted for 15 years to Bell TV, Canada’s largest provider of satellite direct-to-home (DTH) television services. Nimiq 6 was manufactured by Space Systems/Loral (SS/L) and is based on SS/L’s highly reliable 1300 platform. The satellite was launched May 18, 2012, from the Baikonur Space Center in the Republic of Kazakhstan. It has an expected 15 year mission life, a launch mass of 4,500kg, and will operate from the 91.1 degrees West orbital location. Orbit raising and in-orbit testing and delivery to the 91.1 West location were completed in less than four weeks, due to the use of Telesat’s innovative in-orbit testing system, and close cooperation between SS/L and Telesat.

“Telesat has achieved an important objective with the entry into service of Nimiq 6,” said Dan Goldberg, Telesat’s President and CEO. "Nimiq 6 will complement Bell TV’s existing DTH satellite fleet, adding power and capacity to better serve its customers across Canada. Nimiq 6 is also expected to make a meaningful contribution to Telesat’s financial results in 2012 and for years to come. I am particularly pleased that we were able to start commercial service on this powerful, new satellite just four weeks after its launch, an impressive technical and operational achievement.”