Space Systems/Loral... Make This One For Maritime (Satellite) 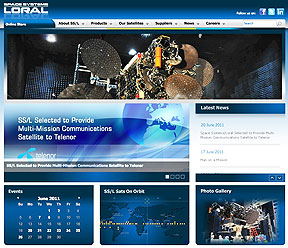 Link to SS/L's homepage
[SatNews] With several satellites already under construction, another one has now been added to the Company's "to do" list...

Space Systems/Loral (SS/L) has been awarded a contract to provide a multi-mission spacecraft for Telenor Satellite Broadcasting (TSBc). The satellite, THOR 7, will include Telenor's first Ka-band payload, which will be used for maritime broadband services. It also includes a Ku-band payload for expanded broadcast capacity in Central and Eastern Europe. THOR 7 will be positioned, together with the existing THOR fleet, at 1 degree West. Based on SS/L's highly reliable 1300 satellite platform, it will be equipped with 11 Ku-band transponders, dedicated to expanded broadcast services in Europe and additional Ku-band capacity for back-up. The Ka-band payload will be used to meet the growing demand for high-bandwidth broadband communications by the maritime industry and includes spot beams over the North Sea, Norwegian Sea, Red Sea, Baltic Sea, the Persian Gulf, and the Mediterranean. SS/L currently has seven satellites with Ka-band payloads under construction at its satellite manufacturing facility in Palo Alto, Calif. THOR 7 is scheduled to start service in early 2014 and is designed to provide service for 15 years or longer.