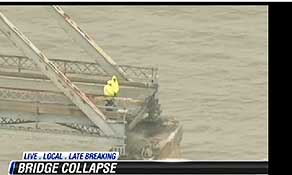 [SatNews] The concern has always been that the rocket goes up into the stratosphere... not on a ship that strikes a bridge...

The following is a report from United Launch Alliance.

The Delta Mariner, owned and operated by Foss Marine, made contact with the Eggner Ferry Bridge at U.S. Highway 68 and Kentucky Highway 80 over the Tennessee River Thursday evening, January 26 at 8:15 p.m. Central Time resulting in a portion of the bridge collapsing. 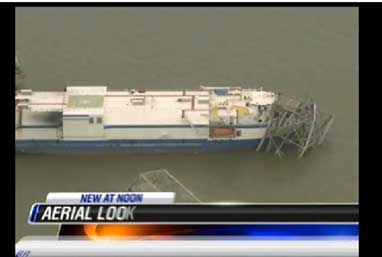 The Mariner cargo area of the ship and the flight hardware did not experience any damage. The hardware is well instrumented and all data from these instruments is being reviewed to confirm that there were no issues. 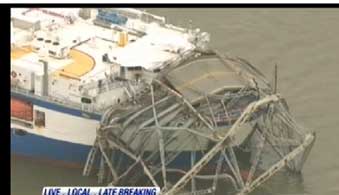 The Coast Guard is conducting an investigation.

The Delta Mariner was commissioned in 2002 to transport flight hardware from the United Launch Alliance factory in Decatur, Alabama, to launch sites at Cape Canaveral Air Force Station, Florida, and Vandenberg Air Force Base, California.

Additional information from other sources:

Kentucky Transportation Cabinet (KYTC) spokesperson Keith Todd says the two spans of the bridge have collapsed. At least one of those spans was wrapped around the bow of the ship.

Keith Todd is calling it a "miracle" that there was no loss of life. The captain of the Delta Mariner also told officials there are no reported injuries among the 20 crew members on board the ship.