The CEO of the company, Marc Eisenberg, has said that the firm is investigating the reason behind the loss of the satellite with the breakup resulting in producing some 34 trackable objects. However, according to the company, their OG2 satellites handle the majority of the company's comms obligations, managing approximately 90 percent of all communication services. 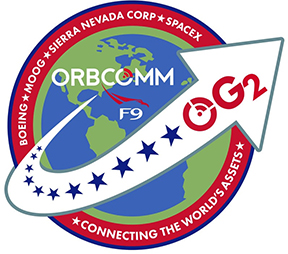 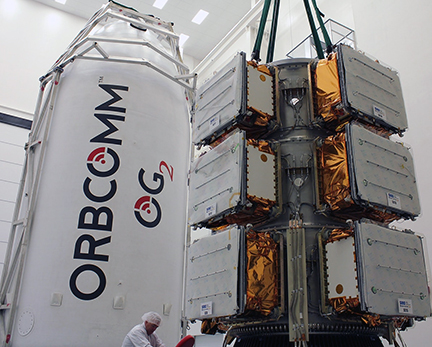 The OG2 satellite payload next to the rocket fairing.

Photo is courtesy of ORBCOMM.

According to the company, ORBCOMM OG2 is the world's first and only commercial satellite network that is 100 percent dedicated to M2M and uses LEO satellites to provide M2M comms to and from in the most remote areas of the world. Each satellite’s VHF frequency furthers signal propagation and message delivery is unaffected by bad weather. In addition, the optimized message size is ideal for M2M applications.