....MagtiSat, Georgia’s first domestic DTH satellite platform, via ASTRA. The payTV offer will be available beginning January 23, 2012. SES owns and operates the ASTRA satellites. MagtiSat will offer 75 TV channels that include the most popular SD and HD channels. At the initial stage, MagtiCom will offer three packages: start, basic and HD. The packages will be available throughout Georgia from the first day of broadcasting. Based on a long-term agreement between SES and MagtiCom, several ASTRA transponders at its 31.5 degrees East orbital position will be used for this, Georgia’s first domestic DTH television platform. The 31.5 degrees East orbital position offers excellent growth opportunities for broadcasters in Central Eastern Europe and can accommodate the rising demand for SD and HD services in the region.  The operator will broadcast in DVB-S2 standard and MPEG-4 encoding. 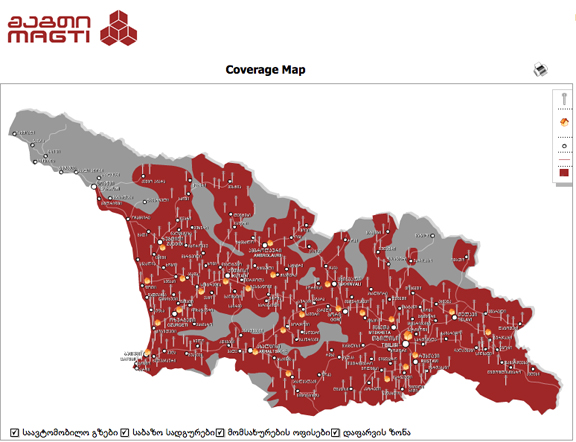