[Satnews] Now completed by General Dynamics SATCOM Technologies is the construction and walk-through of the 7,000 square-foot radar receive array structure that is part of the U.S. Air Force Space Fence radar system. 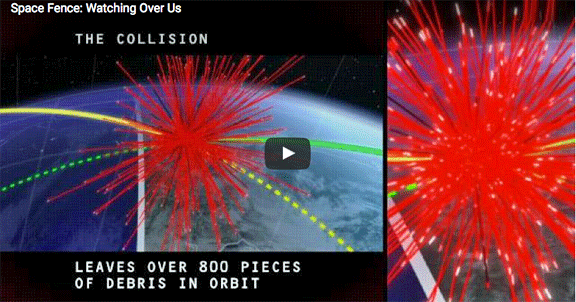 The structure stands 12 meters tall and is about the size of two regulation NBA basketball courts placed side-by-side and is designed to withstand earthquakes, hurricane force winds and extremes in temperature and humidity, all the while maintaining a consistent surface flatness that varies less than one millimeter from one end of the structure to the other and from side-to-side.  To prepare for the journey to Kwajalein, workers at the Wortham facility will map the structure in meticulous detail, down to the location of each individual bolt. The components will then be carefully wrapped and arranged so the reconstructed array will be identical to the structure completed in Wortham.

The Space Fence radar system is an advanced ground-based system that will help the Air Force detect, identify and track more than 100,000 objects orbiting in space, helping to protect commercial and government satellites, the Hubble Telescope, International Space Station and other space-based assets. In 2014, Lockheed Martin awarded a contract for the Space Fence ground structures to General Dynamics. The ground structures include the receive array, cooling equipment, radomes and other buildings. The primary Space Fence system, procured by the Air Force will be located 2,100 nautical miles from Honolulu, Hawaii at the Kwajalein Atoll. The system is expected to begin service in 2018.

Mike DiBiase, a vice president as well as the general manager of General Dynamics Mission Systems, said that the receive array merges the huge, physical structure with the precision of a complex scientific or medical instrument. The array will be able to locate, identify and track objects that are as small as a softball that could range hundreds of miles above the Earth's surface.