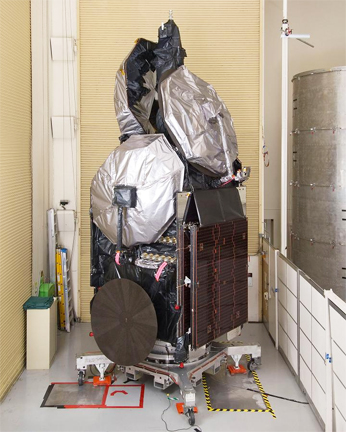 ...the UEFA European Football Championship 2012 (“Euro 2012”) live for Brunei via the MEASAT-3 satellite. The Euro 2012 contribution service is provided to Radio Television Brunei (RTB) via MEASAT Teleport and Broadcast Centre throughout the whole tournament.

The Euro 2012 is the 14th edition of European Championship for national football teams organized by UEFA. The tournament is hosted by Poland and Ukraine between June 8th and July 1st, 2012. It is the first time that either nation has hosted the tournament. The tournament features 16 nations from all across Europe. MEASAT OU services can be booked via the online WebOUS system, allowing customers to book capacity at short notice. The service is available across the MEASAT fleet of satellites.

MEASAT will also be showcasing its satellites services during the 23rd International Communications and Information Technology Exhibition and Conference (CommunicAsia2012) from June 19th through the 22nd. Visit MEASAT’s booth at 1T3 – 01, Level 1, Hall C, Sands Expo and Convention Centre, Singapore.