SIS LIVE has announced that a total of 26 of its ‘ad-hoc’ SNG vehicles will be dispatched for multiple UK broadcasters for live coverage throughout the day and into the night of the UK General Election on June 8, 2017.

Starting from early May through to post-election results and analysis, two SIS LIVE SNG vehicles on longer term hire have been traversing the UK to provide redundant satellite uplink services for election coverage. Twenty-four trucks have been booked on election day itself, crewed by an equal number of mobile satellite communications engineers plus a few extras for double crewing. SIS LIVE has an ongoing contract to supply 18 contracted SNG uplink trucks for regional news broadcasters and these will be used throughout the elections. 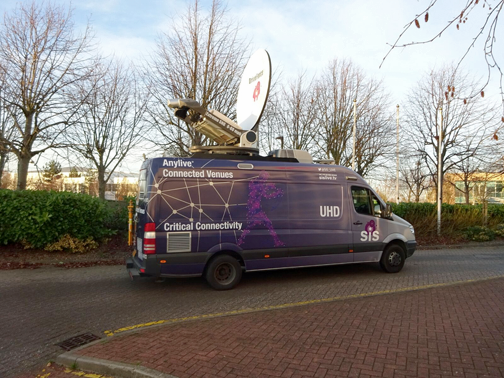 SIS LIVE will provide ad-hoc satellite capacity of over 100MHz plus and additional 55MHz for contracted news customers and the company's LIVE network operation teams are on hand 24/7 to ensure all feeds are managed and monitored.

David Meynell, the ME at SIS LIVE, reported that his company has been making detailed plans and finalizing schedules since the Prime Minister announced on April 18 that she was calling a General Election. Important, often historic events, require responsiveness and resilience by the participants in the election activities as well as by the news media covering those activities. The speed and unpredictability of live events is what makes them so thrilling to watch, and challenging to report on, so the last thing you want is unpredictable connectivity. The fact that so many broadcasters have entrusted SIS LIVE with their SNG requirements for such a critical event is testament to the confidence we have earned with our comprehensive satellite infrastructure, talented engineers and efficient operations teams.