Moving on in... Young named as Crystal's new COO 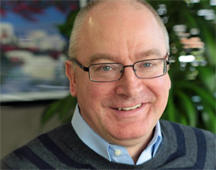 Alan brings with him a wealth of experience in the broadcast and satellite industries. At Encompass Digital Media, Young was responsible for advising the Executive Committee and customers on all matters relating to media technology, including leading the development of the company’s over-the-top (OTT) service offerings. He developed and implemented an OTT strategy that complemented and seamlessly integrated with the existing broadcast systems and satellite distribution. Prior to Encompass, he held senior technology executive positions with the satellite operator SES as well as Citigroup and Viacom.