Is Your VSAT Quakin' In Its Shoes? W.B. Walton To The Icy Rescue... 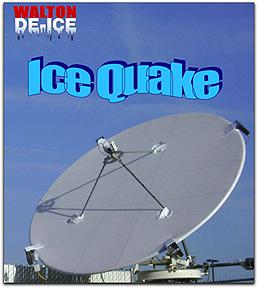 W.B. Walton Enterprises — those fine folk at Walton De-Ice — have released a new product — Ice Quake. W.B. Walton has been told time and time again by their customers that the Gore-Tex Snow Shield Passive Cover works great in almost all conditions — save for a light freezing rain or light snow fall. If icing does become a problem, the customer would simply go to the VSAT and tap on the cover and all of the ice or snow would slide off the cover. With Ice Quake, there's no more going out and tapping on the cover — it's all done for you, automatically. 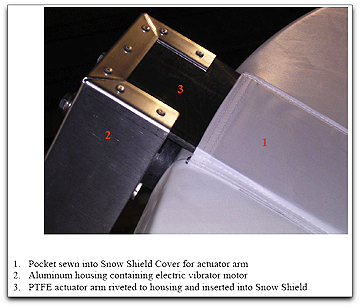 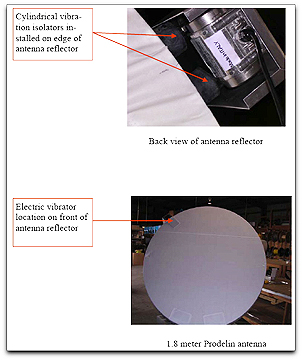 Another advantage would be the storage and transportation of the new unit. No more ducting, ducting nozzles and large heater would be required. The Gore-Tex Cover with its PTFE coating is one of the best hydrophobic materials used in the covering of antennas in the industry today. However a heavy rain will sheet on the fabric and cause attenuation on a Ka Band antenna. We believe that the vibration system will cause the moisture not to sheet on the material and to bead and run off the material much faster then the cover by itself or even just the bare antenna reflective surface causing less attenuation in the signal during heavy rain conditions.