NASA Resuscitates, Recovers And Reinvests With $50 Million In Awards 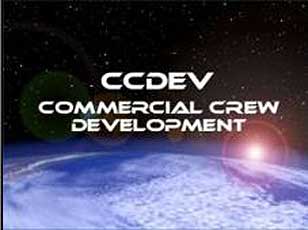 In an effort to recover and reinvest in our nation's businesses, NASA has awarded $50 million through funded agreements to further the commercial sector's capability to support transport of crew to and from low Earth orbit. This is the first step taken by NASA reflecting the president's direction to foster commercial human spaceflight capabilities. Those companies awarded Space Act Agreements include: The agreements are for the development of crew concepts and technology demonstrations and investigations for future commercial support of human spaceflight. The signed Space Act Agreements will fund performance milestones beginning in February 2010. The aggregate value of all of the Space Act Agreements is approximately $50 million. The Commercial Crew and Cargo Program Office at NASA's Johnson Space Center in Houston, Texas is managing this effort.

"The president has asked NASA to partner with the aerospace industry in a fundamentally new way, making commercially provided services the primary mode of astronaut transportation to the International Space Station," said NASA Administrator Charles Bolden. "We are pleased to be able to quickly move forward to advance this exciting plan for NASA."

The Space Act Agreements are designed to foster entrepreneurial activity leading to high-tech job growth in engineering, analysis, design and research, and to promote economic growth as capabilities for new markets are created. Funding for these Space Act Agreements will stimulate efforts within the private sector to develop and demonstrate human spaceflight capabilities.

"These selections represent a critical step to enable future commercial human spaceflight," said Doug Cooke, associate administrator for Exploration Systems at NASA. "These impressive proposals will advance NASA significantly along the path to using commercial services to ferry astronauts to and from low Earth orbit, and we look forward to working with the selected teams," Cooke said.

All Space Act Agreements are designed to partially fund the development of system concepts, key technologies, and capabilities that could ultimately be used in commercial crew human space transportation systems. The selected teams also proposed matching funds from other sources that would leverage the taxpayer investment. To learn more about this program please visit.