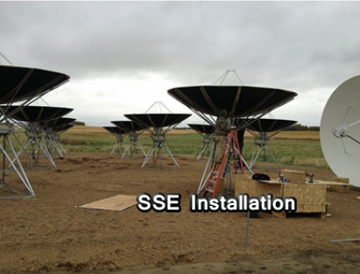 The new SES-6 satellite is unique in that it transmits in standard 3.7-4.2GHz and provides an additional 10 transponders at 4.5-4.8GHz, for a total capacity of 40 available transponders in dual Circular-Pol configuration that covers the Americas, Europe and Atlantic Ocean regions.  Current equipment shipments are for Mexico, Brazil and Peru with more Latin America countries expected to sign on in the near future. 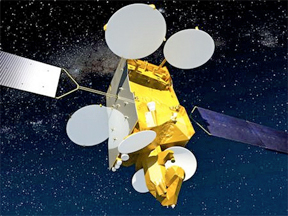 Artistic rendition of the SES-6 satellite.

Superior Satellite Engineers, with electrical specifications and technical oversight provided by SES, developed a new Feed system that supports the modified  800MHz frequencies operations.   The LNB development and productions tasks were provided by Norsat of Canada under contract with Superior Satellite Engineers.  This new LNB accepts input frequencies of  3.625-4.8Ghz. The output frequencies are  900-1825MHz.  Complete electrical Specifications for the modified-frequencies Feedhorn and LNB are available at http://www.superiorsatelliteusa.com/.