The ADPM Flight Model for Euclid Delivered by SENER Aeroespcacial

SENER Aeroespacial has successfully completed the delivery of the flight model for the Euclid satellite's antenna deployment and pointing mechanism (ADPM). 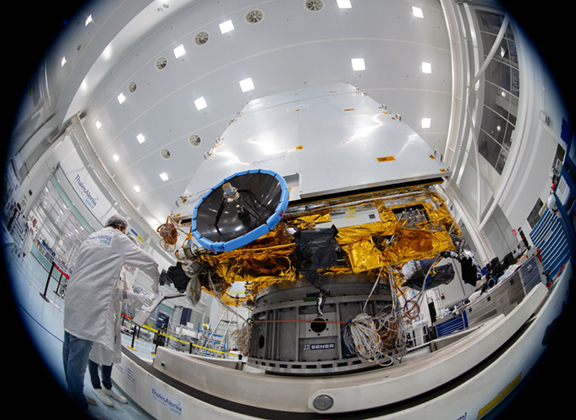 The company has been responsible for the design, production, integration, verification and validation of this mechanism, a mission-critical component as it will allow for the High-Gain Antenna (HGA), the vehicle’s main antenna, and one of the Low-Gain Antennas (LGA), to be deployed and pointed so that Euclid can communicate with tracking stations on Earth for the purpose of sending scientific data.

The result is a precision mechanism developed by SENER Aeroespacial that has three axes, one for deploying the antennas and the other two for pointing them. Two radio frequency signals are transmitted through the mechanism from the satellite to the antennas. The signals are in the K-band for the high-gain antenna and in the X-band for the low-gain antenna. The K-band signal relies on a rotary joint and an actuator, both of which were developed exclusively by SENER Aeroespacial. 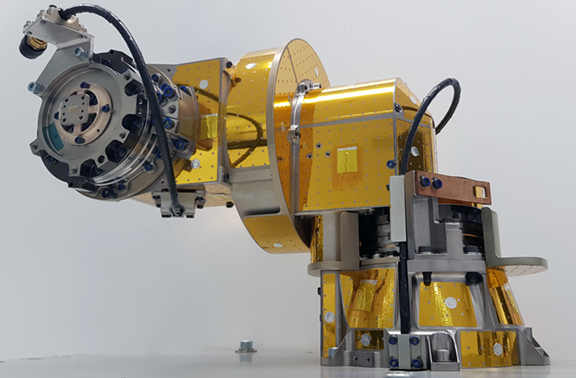 The delivery of this ADPM to Thales Alenia Space Espana is in addition to the recent delivery of another critical component of the mission, the AOCS (Attitude and Orbit Control System), which was also the responsibility of SENER Aeroespacial as the main contractor.

Euclid is a cosmology mission of the European Space Agency (ESA) dedicated to the study of the nature of the dark universe, meaning both dark matter and dark energy. To do this, the satellite features a 1.2-m diameter telescope with which it can make observations in the visible and near infrared spectra, and with wide bandwidth and spectroscopy.

Euclid's goal is to investigate the evolution of cosmic structures by measuring shapes and redshift of the light from distant galaxies, which information dates back as much as 10 billion years. Among the issues it seeks to resolve are how the universe was created and why it is expanding at an increasing speed, rather than decreasing, as we would expect given its current, known mass. The dark energy is expected to be the cause of this effect that Euclid will analyze through the impact it has on the shapes and locations of galaxies.

Euclid is scheduled to be launched in 2022 from Kourou (French Guiana) on a Soyuz rocket and to be placed into a high-amplitude Lissajous/Halo orbit around the Sun-Earth L2 Lagrange point, 1.5 million km. away from Earth.