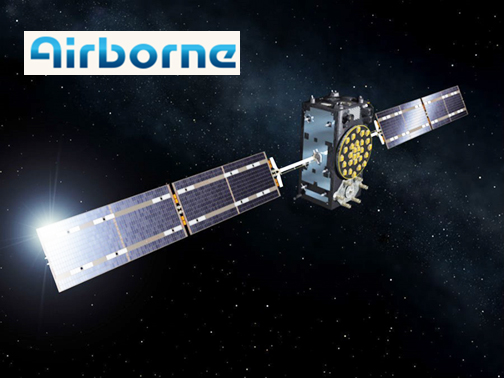 For the solar array of ESA’s JUICE mission to Jupiter, Airborne has delivered the last four out of 10 XL substrate panels to Airbus Defence and Space Netherlands.

As timing is critical for the interplanetary spacecraft to be put on the correct trajectory enabling gravity-assist flybys after its launch in 2022, the delivery of the XL panels is crucial for the solar array to be readied, according to schedule. Given the extreme distance from the Sun, the JUICE spacecraft asked for an exceptionally large solar array in order to generate sufficient power.

Airborne was selected by Airbus Defence and Space Netherlands to develop and manufacture the XL substrate panels for JUICE’s solar array. With a total surface area of 85 m2, the satellite will be equipped with the largest solar array ever flown on an interplanetary mission.

Airborne’s specific expertise was required to produce the substrate panels for the solar panels with a surface area of almost 9 m2 per panel – the largest units manufactured by Airborne to date. To enable production Airborne modified the manufacturing equipment, including extending the maximum inside diameter of the autoclave from 2.6 to 2.9 meters. Combined with a length of 13 meters, the extended autoclave enables Airborne to produce more XL size panels for aerospace customers.

JUICE’s solar array is built with the new ARA Mk4 technology, which has been developed and qualified by Airbus Defence and Space Netherlands in close cooperation with Airborne. Airbus’ ARA Mk4 technology allows for 20 percent cost reduction and increases the robustness of the solar array by expanding the temperature range and adding stiffness. As the satellite will be exposed to extreme conditions during the full length of the mission, the panels need to withstand temperatures as low as -240 degrees Celsius, as well as space radiation. 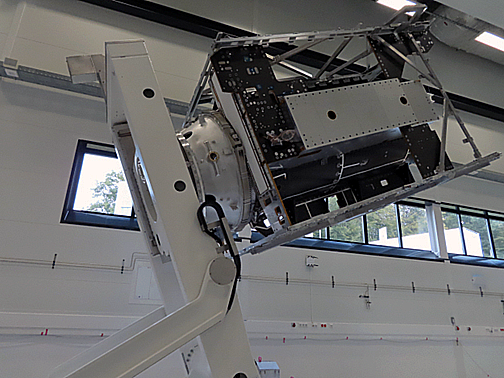 Unpacking of the JUICE primary structure in Lampoldshausen, Germany. Photo is courtesy of Airbus and ArianeGroup.

The extreme temperatures to which the satellite will be exposed near Jupiter made additional qualification necessary on the panel design and its interfaces. Airborne manufactured 160 qualification test samples and two full-size panels which were delivered in January 2017. After an intensive testing campaign by Airbus Defence and Space Netherland, Airborne manufactured a total of 10 substrate panels. The last 4 panels were completed in October 2019 – on time for the next step in the manufacturing process of JUICE’s solar array.

Arno van Mourik, CEO of Airborne said that JUICE is a great example of what can be done in terms of state-of-the-art substrate panel technology for solar arrays of extremely demanding space missions. Building on this position, Airborne is determined to move forward in the domain of affordable space panels for new space. Combining the firm's knowledge on high end substrates with the company's capabilities in the domain of industrialization of composites will allow Airborne to provide the new space market with high performance, yet radically affordable solutions in high volumes.

After its launch in 2022 and a journey that will last seven and a half years, the JUICE (JUpiter ICy moons Explorer) satellite of the European Space Agency will spend at three and a half years making detailed observations of the giant gaseous planet Jupiter and three of its largest moons. ESA selected Airbus as prime contractor for the design, development, production, and testing of spacecraft JUICE.