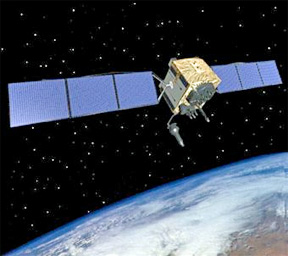 [SatNews] The Global Positioning System, which millions of people use every day for precise navigation and timing, recently became more accurate and reliable as the fourth Boeing [NYSE: BA] GPS IIF satellite began operating in the U.S. Air Force network.

Launched May 15th, that satellite was handed over to the Air Force after 19 days of post-launch validation to stabilize the vehicle and activate the navigation payload, and set healthy on June 21st.

“With each IIF that we add to the network, the Air Force and Boeing give military and civilian users around the world better GPS navigation and timing information,” said Craig Cooning, Boeing vice president and general manager of Space & Intelligence Systems.

SVN-66, the official name of the new satellite, is now part of the active 31-satellite network. The next GPS IIF, the fifth of 12 planned, is slated for launch in October. The new satellite replaces an earlier Boeing-built model launched in 1996.