[Satnews] Mobile satellite communication technology developer Cobham SATCOM sprang into action this October to provide a much needed communication link for the American Red Cross and local first responders in the aftermath of unprecedented rainfall and serious flooding in South Carolina. 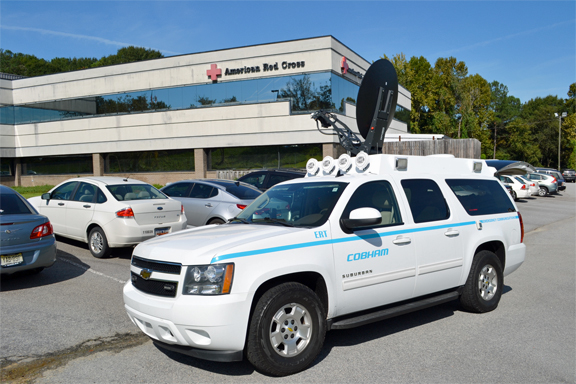 The company sent its Chevrolet Suburban demo unit, with a brand new, cutting-edge EXPLORER 8100 VSAT satellite system installed to provide high-speed broadband Internet and voice calling over satellite. The system was a vital tool for organizations helping flooding victims in South Carolina as it can provide flawless communication even when terrestrial and cellular services are down, as they were in many parts of South Carolina this month.

The record breaking rainfall, as much as 14 inches in 24 hours, threw South Carolina into turmoil, closing over 300 roads and causing the evacuation of residents in the worst hit areas. On recognizing the need for extra communication support in the region, Cobham SATCOM Inc., the US arm of Denmark headquartered SATCOM antenna specialist Cobham SATCOM, diverted its demonstration SUV, just as it was leaving for an exhibition in Baltimore to show off the very first EXPLORER 8100 VSAT system in the US.

The EXPLORER 8100 VSAT is the most advanced satellite antenna system available for installation on vehicles. It is the only stabilized land-based VSAT antenna on the market. It overcomes the challenge of transmission interruptions when the vehicle experiences sudden movements or rocking on its suspension when people enter and exit. ‘Dynamic Pointing Correction’, which uses technology developed for Cobham SATCOM’s Maritime Antennas, ensures uninterrupted transmission to the satellite when similar antennas would experience a loss of signal. 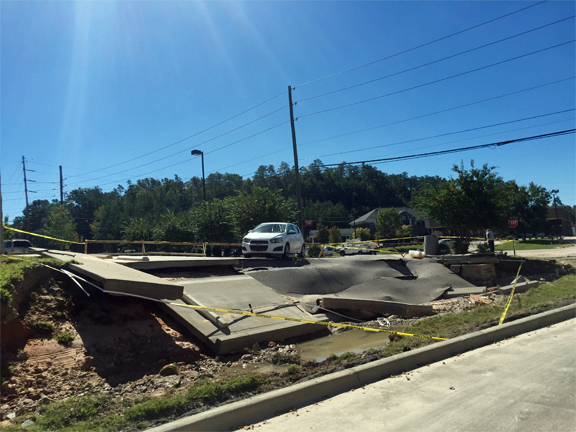 Cobham SATCOM’s demo SUV was also equipped with an EXPLORER 727 system for use on Inmarsat satellites and a high-tech satellite Push-to-Talk system that works just like a two- way radio, but without the need for line of sight or repeater stations. Both systems were used to support recovery operations in South Carolina. Cobham SATCOM’s EXPLORER 710 system also played a vital role, as it is the standard form of communication for the FEMA Urban Search and Rescue teams, which have also been deployed in South Carolina.

Nick Upchurch, Sales Engineer at Cobham SATCOM Inc., said: “We could see the situation developing in Carolina, and knew that our products are used to support first responders and emergency services all over the world in similar conditions, so after talking with the American Red Cross, we decided the first outing for the only EXPLORER 8100 VSAT in the country was going to be helping people in a live situation, instead of the planned exhibition trip. Our first two days in South Carolina were spent helping the Red Cross at their temporary HQ. We then moved to Georgetown in Rural South Carolina to provide communication facilities at the staging point for fire-rescue, swift water rescue teams and Army National Guard soldiers picking evacuees up in boats. The system’s core user-base is mobile news gathering and first responders, and by helping the Red Cross and evacuation teams in South Carolina this month, EXPLORER 8100 VSAT has been shown as a versatile system for communication even in the harshest conditions."