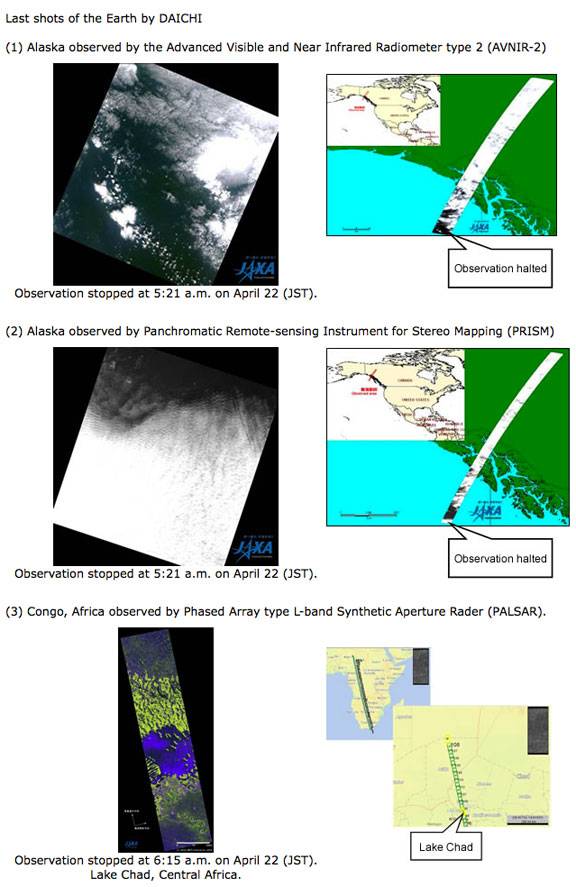 [SatNews] The Japan Aerospace Exploration Agency (JAXA) had been trying to communicate with the Advanced Land Observing Satellite DAICHI (ALOS) for about three weeks after the satellite developed a power generation anomaly.

JAXA has decided to complete the satellite's operations by sending a halt command at 10:50 a.m. on May 12th (Japan Standard Time) as it was impossible to recover communication with the satellite. DAICHI, launched on January 24, 2006, (JST), had been operated for over five years, which was its target life and well beyond its design life of three years, and it achieved many fruitful results related to earth observations. JAXA continues to investigate the causes of the power generation anomaly based on the data we have acquired from the satellite, and will report the result to the Space Activities Commission of the Ministry of Education, Culture, Sports, Science and Technology, Japan. DAICHI's achievements included...

Took 400 scenes at the time of the Great East Japan