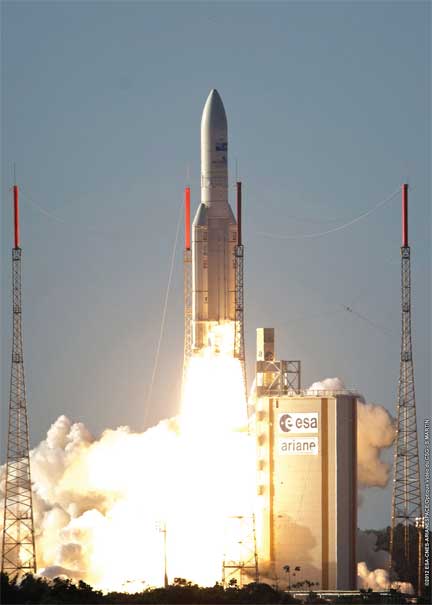 [SatNews] Space Systems/Loral (SS/L) (NASDAQ: LORL) is delighted with the launch of the...

...Inteslat 20 satellite on August 2nd by Arianespace and its Ariane 5 launch vehicle. The satellite deployed its solar arrays on schedule following its launch and has begun firing its main thruster to complete its travel to geostationary orbit. Intelsat 20 is the 47th spacecraft that SS/L has provided to Intelsat and it is the most powerful satellite in the Intelsat fleet. From its orbital slot at 68.5 degrees East, it will provide high-power distribution of video, voice, and data network services in C- and Ku-bands across four continents. 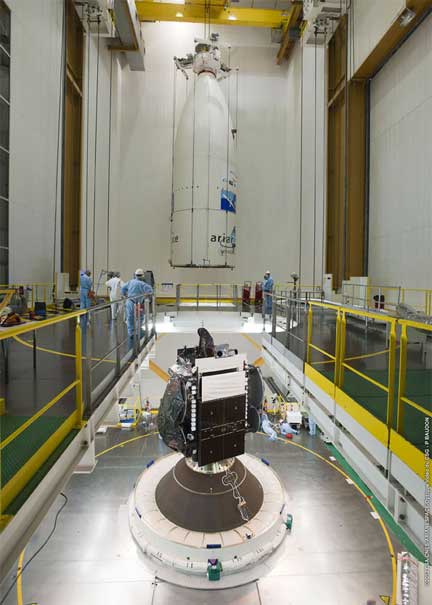 The encapsulated Intelsat 20 satellite is ready for lowering into position over HYLAS 2, which previously was installed atop Arianespace’s Ariane 5 to be launched on August 2.
Photo courtesy of Arianespace.
The Intelsat 20 video neighborhood provides premium content that is carried by India's leading cable MSOs and DTH operators, reaching more than an estimated 90 million Pay-TV subscribers across India. Intelsat 20 also hosts the largest DTH platform in Africa.

The satellite is based on the Space Systems/Loral 1300 platform which has the flexibility to provide a broad range of high performance applications. It will replace Intelsat 10 and Intelsat 7, and is expected to have a service life of more than 18 years.