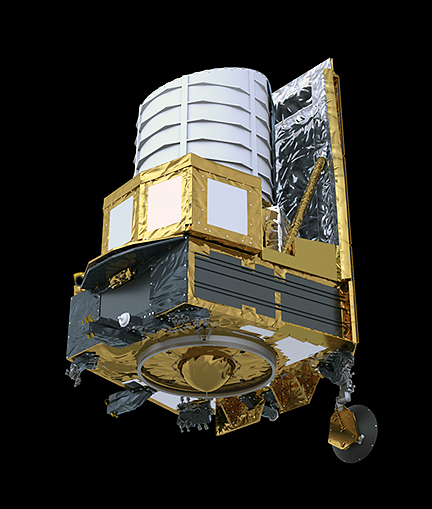 Euclid will map the general structure of the Universe over 10 billion light years to show its expansion and growth during the last three-quarters of its history. The mission is designed to address two of the most important questions in cosmology today: How did the Universe originate and why is it expanding at an accelerating rate, rather than slowing down due to the gravitational attraction of its constituent matter?

Communicating at 1.5 million kilometers Euclid will map the 3D distribution of up to two billion galaxies and associated dark matter during a six-year mission, covering most of the sky outside the Milky Way. The complete survey represents hundreds of thousands of images and several tens of petabytes of data. This huge amount of data will be transmitted by the satellite from its orbit around the L2 Sun-Earth Lagrangian point at a distance of 1.5 million kilometers from the Earth, using its K-band radiofrequency data transmission system. Euclid also incorporates an X-band system to control and monitor the spacecraft, and measure its distance to Earth. 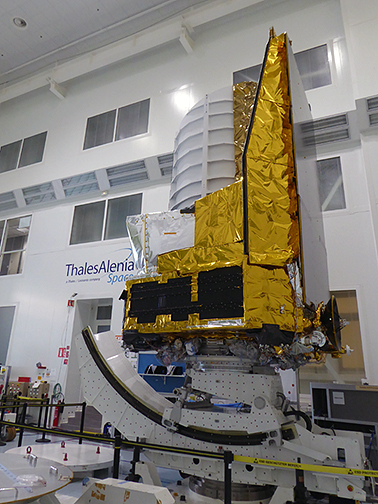 The Euclid service module has already begun integration and testing in Turin. The launch is planned for 2022, using a Soyuz rocket operating at Europe's Spaceport in French Guiana.

According to Eduardo Bellido, CEO of Thales Alenia Space in Spain, this program confirms Thales Alenia Space in Spain’s status as the European benchmark in communications subsystems. The delivery of the communications module marks an important milestone in the program. The company is very proud to be playing a key role in one of ESA’s flagship programs to better understand the Universe.

Paolo Musi, Director of Science Programs at Thales Alenia Space in Italy, added that the development of Euclid is on track, with the ongoing integration and testing of the service module flight model in Turin, while the complete satellite structural and thermal model (STM) is ready for thermal qualification tests in Cannes. The Euclid program also reflects Thales Alenia Space’s strong presence in Europe, with outstanding contributions by our teams in Italy, Spain, Belgium and France.