Astroscale Pte. Ltd. (“Astroscale”) has obtained additional funding of $50 million from a group of investors led by INCJ Ltd. (INCJ), and including funds operated by SBI Investment Co., Ltd. (SBII) and Mitsubishi Estate Co., Ltd. (Mitsubishi Estate), among others.

This is the fourth round of funding raised by the company based in Singapore and brings the total amount of capital investment to $102 million. Founded in 2013 by a single individual, Astroscale has grown into an organization of nearly 60 people spread across four countries, with most of the team located at an R&D and manufacturing office in Tokyo, which has existed since 2015. 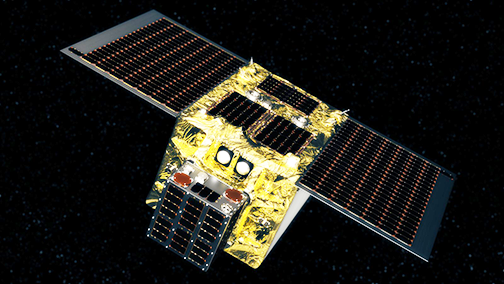 Image is courtesy of Astroscale.

As launch and satellite development costs decrease, and space becomes more accessible, the risks associated with space debris increase dramatically. Governments and industry around the world are becoming more aware of this concern and are beginning to demand solutions.

Astroscale has responded to this call by boosting productivity in its development and design work in Japan, upgrading and expanding ground control center operations as well as engineering, procurement and business development capabilities in the UK as well asd making plans for the establishment of an entity in the U.S. in 2019.

The capital raised in this round will allow Astroscale to successfully achieve these goals. Approximately 750,000 pieces of space debris over one centimeter in diameter are orbiting the Earth, threatening the safety of active spacecraft. Given this active risk of space debris currently on orbit, coupled with the anticipated increase in debris objects that are likely to be created in the near future, governments are continually re-examining their approach to space situational awareness and space traffic management.

Private industry and governments are improving capabilities in orbital debris monitoring and discussing norms and standards for debris removal missions.

Astroscale is currently working on its first debris capture demonstration mission, End of Life Services by Astroscale — demonstration (ELSA-d), which is scheduled to launch in early 2020. ELSA-d will consist of two spacecrafts, a Chaser and a Target, stacked together. The Chaser will repeatedly release and capture the Target in a series of demonstrations that will prove the technology necessary for debris removal, including rendezvous and docking and proximity operations.

In the lead-up to this unique mission, Astroscale aims to reinforce its development structure, provide customer-oriented services and build an optimal supply chain. In addition to developing the technology necessary for debris removal, Astroscale is an active participant in the formulation of global best practices and standards that will facilitate future on orbit servicing activities.

Nobu Okada, the Founder and CEO of Astroscale, said that the recognition of how to address the threat of space debris has changed drastically in the five years since the company was founded. Government officials and the private sector are now ready to support debris removal as a business.  his latest round of funding represents a strong vote of confidence in Astroscale’s mission and will allow the firm to accelerate its position as the global market-leader in the field of debris removal.