In conjunction with the deployment of Hughes’ JUPITER™ System aeronautical modem, capable of more than 200 Mbps of throughput per aircraft, GEE’s newest addition to its aeronautical broadband connectivity services will enable passengers to realize the full spectrum of application support and performance they enjoy on the ground. 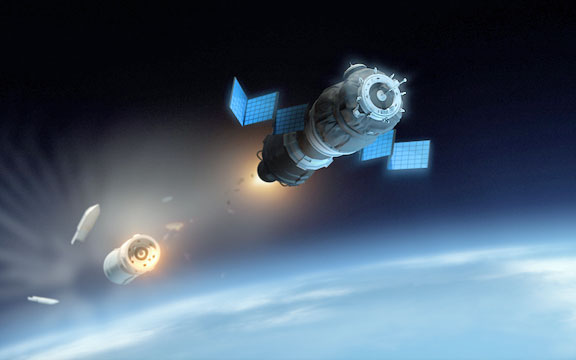 This announcement expands a successful 10-year relationship between GEE and Hughes that has a proven record of innovation and commercialization in aeronautical broadband networking technology and services. The expanded partnership further enhances GEE’s position as a leader in the in-flight entertainment and connectivity (IFE&C) market, with best-of-breed offerings in the Ku, Ku-HTS, and Ka bands.

The Hughes JUPITER System is the cornerstone technology of the market-leading HughesNet® Gen 4 satellite Internet service—with over 1 million active users—which was recently ranked first among all major Internet service providers in the U.S. (both terrestrial and satellite) for consistently delivering promised download and upload speeds, according to the Federal Communications Commission’s (FCC) fifth annual report on consumer broadband services, “Measuring Broadband America – 2015.”

“With the rapid growth in demand for aeronautical broadband capacity and the commensurate expectations for increasing performance, we are extremely pleased to add the capacity and capability of Hughes’ EchoStar XIX satellite to our array of resources,” said Dave Davis, chief executive officer of GEE. “In combination with Hughes’ JUPITER System technology, which enables extremely high throughput to aircraft and supports operation in both Ku- and Ka-Band satellite frequencies, this agreement enables GEE to deliver the highest capacity and most reliable performance that our clients need and expect well into the future.”

Paul Gaske, executive vice president and general manager, North America Division at Hughes, said, “When launched, EchoStar XIX will be the highest-capacity satellite serving North America and, in conjunction with our JUPITER System technology, will enable GEE to readily accommodate the tremendous growth in aeronautical broadband traffic that is taking place in the industry.”