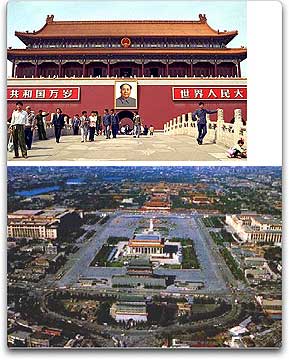 During 2001 to 2002, in order to break monopoly in the fixed telecommunications field, having been separated the mobile services, China Telecom was divided into the north and south part. In May, 2005, newly reformed China Telecom and China Netcom were established officially. The telecommunications companies in ten provinces, including Beijing, Tianjin, Hebei, Shanxi and Inner Mongolia of North China, Liaoning, Jilin and Heilongjiang of Northeast China, Henan and Shandong, belonged to the north part of China Telecom. Others belonged to the south part of China Telecom.

There are three purposes for the mergers: first, strengthening the competitiveness of the operators; second, changing the disparate competition pattern; third, creating service reform opportunities for the operators.

Meanwhile, WCDMA service is the technical standard of 3G in the world, the fastest growth in the users. It had obvious competition advantages compared with the CDMA2000 services, especially the later reform towards 4G. At present, WCDMA standard is the most mature, receiving supports from various major telecommunications equipment manufacturers. However, the market operation capacity of China Unicom fell behind China Mobile. The development perspectives of WCDMA services in China need further investigation. By the end of 2008, the accumulative GSM mobile phone users of China Unicom reached to 133.365 million and 100.146 million of the fixed phone users.