SENER Aeroespacial, a company belonging to the SENER engineering and technology group, has appointed a new People Manager who will control and supervise the policies and activities of the people Management Department, with responsibility for more than 700 professionals who make up SENER Aeroespacial. He will report directly to its General Manager, José Julián Echevarría. 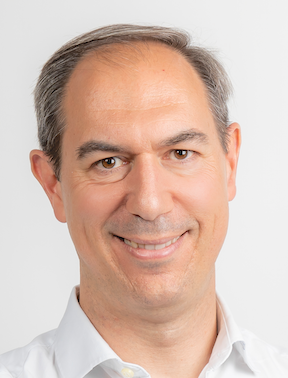 David de la Fuente is the new People Manager. In his new position, David de la Fuente will control and supervise the policies and activities of the people Management Department, with responsibility for more than 700 professionals who make up SENER Aeroespacial, reporting directly to its General Manager, José Julián Echevarría.

David de la Fuente joined SENER in 2018, as part of the TRYO group, where he has spent most of his career: he has been Human Resources Manager and Financial Manager of Transactional Processes for the group since 2015 and, previously, held other positions of responsibility, including Manager of Human Resources, Administration and Finance. Before joining TRYO, he worked at Unión Fenosa Energías Especiales.

SENER Aeroespacial has been a supplier of high performance aerospace systems for Space, Defense and Science for more than 50 years of technological developments. In Space, it supplies electromechanical components and systems, navigation systems (GNC/AOCS), communications, astronomy and optics systems for Space, and it is currently participating in the main programs of ESA and NASA (including Euclid, Meteosat Third Generation, Solar Orbiter, JUICE, Proba- 3, Hubble, Galileo, Rosetta, Gaia, Herschel and Planck, IXV, BepiColombo and Mars 2020) and the European Space Observatory, as well as in the commercial market and New Space. In Defence, it develops electromechanical systems, COMINT (communications intelligence) and communications links (D-Link), as well as helicopter modernization services. In Astronomy and Science, it produces precision mechanical equipment for terrestrial telescopes and engineering services. And, finally, its ATC & Broadcast division is a supplier of antennas and passive units.