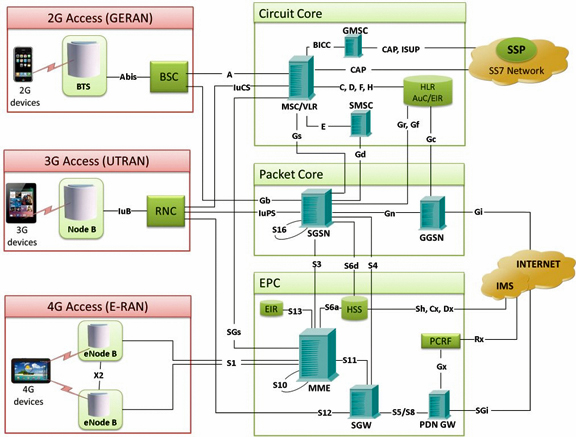 GL's 'MAPS™ 2G, 3G, and 4G Lab Suite,' along with Radio Access Elements, are a set of test systems used to provide an advanced full-fledged network environment that enables user to test their applications, devices, and services prior to deployment on a real-time network. The test suite can be used to simulate all or specific elements within wireless networks infrastructure using simple ready-to-use test bed setups. The test systems allow for simultaneous execution of various test cases across networks. It also allows for performance and conformance testing compliant with 3GPP standards. 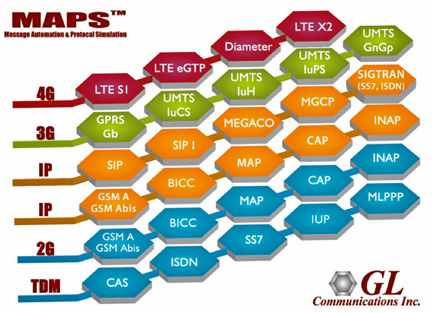 The network architecture outlines the implementation of Wireless Networks Lab with the help of GL's MAPS™ Platform. With the integration of third party tools for radio access network, and widely available mobile phones, the entire wireless network can be operated in real-time.

MAPS™ SGSN emulator can be configured to simulate both SGSN and BSC nodes as depicted in the network setup below. It supports both control-plane and user-plane packet switched traffic.

MAPS™ 2G Lab Systems can be used to simulate multiple instances of nodes in network such as MSC, BSS, SGSN, and GGSN to perform functional and load/stress testing.

The lab system can operate with real mobiles or optionally with a simulator such as GL's TRAU Testing Solution.

Further information may be obtained by visiting http://www.gl.com/