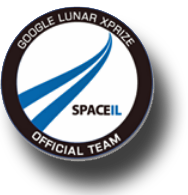 SpaceIL is Israel’s entry in the Google Lunar XPRIZE Moon Race, which was started in 2012 to inspire innovators from around the world to develop low-cost methods of robotic space exploration.

To win the $20 million grand prize, a privately funded team must be the first to successfully place a spacecraft on the moon’s surface, travel 500 meters on the moon, and transmit high-definition video and images back to Earth. So far, only three world superpowers, the United States, Russia, and China, with their tremendous resources, have achieved controlled lunar landings.

When the prize was announced, three Israeli engineers, Yariv Bash, Kfir Damari and Yonatan Winetraub, brought a plan for Israel to win to billionaire businessman Morris Kahn, who provided the initial $50,000 registration fee for them to enter the race. In 2015, SpaceIL became the first of 16 competitors to sign a launch contract, with Spaceflight Industries. Unlike other competitors, SpaceIL invented a lunar module with the first thrust propulsion system to navigate the moon’s surface, enabling it to more efficiently complete the XPRIZE challenges. Since then, SpaceIL has become a national project for Israel to reach the moon and to inspire younger people to dream big. It hopes to spark an “Apollo effect” in Israel that will inspire the next generation to study science, technology, engineering, and mathematics — and secure Israel’s future.

Costs soon ballooned far beyond the team’s initial expectations, from $8 million to $85 million. SpaceIL now needs to raise an additional $30 million before the end of Hanukkah for payments to Spaceflight Industries for the launch, Israel Aerospace Industries for building and testing the spacecraft, other partners and for paying the firm's 20 engineers, or their launch contract is forfeit – as well as the race. The team has already received $22.5 million in pledges, contingent on them raising the final $7.5 million before the December 20 deadline.

SpaceIL CEO Eran Privman said that the impact of the organization's spacecraft’s launch and the historic weeks' long journey to land on the moon will resonate for years to come. The spacecraft is now completed and halting the mission here is simply not an option. SpaceIL is determined to complete the mission, but help is urgently needed.

SpaceIL plans to dedicate the potential prize money to advancing STEM education in Israel, and the nonprofit has already telling its story to 500,000 children nationwide through a volunteer network.