NSSL Global... Playing Its Part In The Egyptian Emergency (SATCOM) 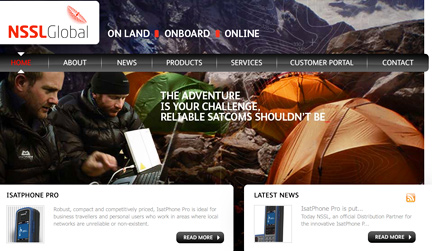 Satellite communications provider NSSLGlobal has revealed the part it played in helping to keep the international news supplier the Associated Press (AP) communicating during the Egyptian uprising. Having worked with the AP for almost a decade, NSSLGlobal is well aware of how critical a robust communication solution is in times of crisis. During the Egyptian revolt, it was essential that NSSLGlobal could be trusted upon to provide flexible options that reflect the fast changing circumstances in the country and the needs of AP. 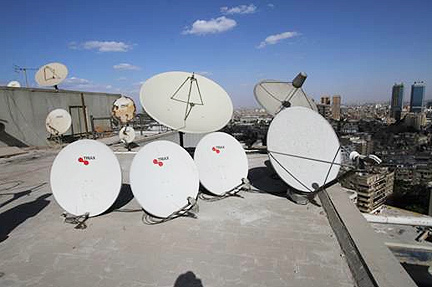 he dishes avoided detection by the Egyptian security forces due to their inaccessible position on the roof of the AP building"
For four years, NSSLGlobal has supplied its DVBS2-RCS broadband solution Broad-IP to the AP as an Internet back-up in Middle Eastern and African countries, such as Egypt. This helps to keep the multimedia news agency in touch and distributing news. A near global, satellite broadband system, Broad-IP delivers premium voice and data services of up to 4MB to users in areas where the local infrastructure is unreliable or, as was the case in Egypt, completely shutdown. During the Egyptian uprising, government security forces restricted the flow of news from Cairo and the rest of Egypt. To prevent protesters and news networks distributing news, landlines, mobile phone networks and the internet in Egypt were all cut off or disrupted. As a result, the AP turned to their satellite communication links as the primary method for communicating information in and out of the country. Fortunately, the AP’s Broad-IP antenna was located discreetly on the roof of their building, allowing them to keep connected as the situation in Cairo worsened.

In addition to enabling the news supplier to send live and packaged video, the AP also used the connection to transmit photographers’ stills, written news copy by journalists, and radio reports. AP staff also used the Broad-IP system to stay in touch with friends and family outside of Egypt via email, Facebook and Twitter, providing much needed reassurances of their safety. To help manage this increased usage, NSSLGlobal twice increased the capacity of the Broad-IP connection; first to a dedicated 512/512kbps connection and then a short time later to a 4mbps/1mbps for both upload and download traffic. These package changes were made within hours of the Customer’s request and required no manual intervention by the customer or additional hardware.