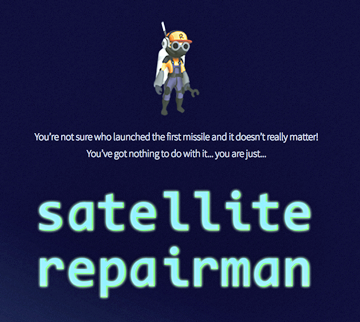 All the planets in the system have suddenly decided that the galaxy isn’t big enough for all of them... you’re not sure who launched the first missile and it doesn’t really matter, as really have nothing to do with that event because... you are just the satellite repairman.

And that's the basic premise behind a new indie game from Nuno Donato entitled Satellite Repairman. This title offers a mixture of action, base building and strategy, with the title releasing for PCs and Macs on February 2. 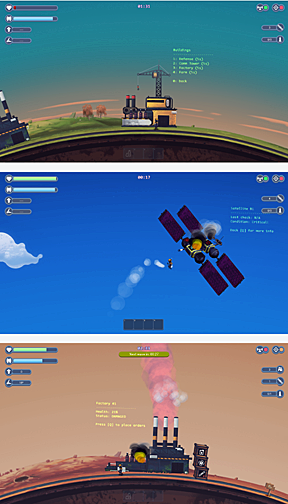 As a Qualified Satellite Repairman, the player must manage a complex system of satellites to ensure that your planet is able to maintain defenses from incoming missile threats. Repair, upgrade, research and launch new satellites and plug-able modules. Maintain the vital GPS and cell signals to keep communications alive throughout the planet, ensuring a quick and efficient defense to counter enemy attacks.

There are a number of various game modes:

Use the Research Center to upgrade and research new technology, improve your skills, unlock new satellites modules and defense systems. Plan and deploy new satellites and buildings to build a perfect defensive strategy for your planet.