ORBCOMM's ST 6100 is the first in a series of new programmable satellite terminals that builds on the technical foundation of the firm's award-winning IsatData Pro terminals, bringing customers IDP functionality along with some new enhancements. 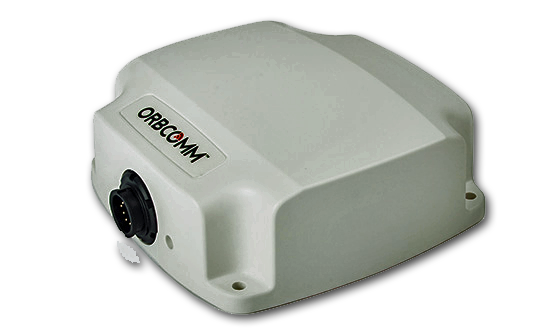 The ST 6100 features a built-in accelerometer, expanded memory capacity, and support for additional navigation systems, in addition to all the great features available in the IDP-680 and IDP-690. A newly designed built-in antenna makes the ST 6100  suitable for land and maritime deployments — this means the same device can be used for marine applications.

The ST 6100 supports a wide range of industrial asset tracking applications across the transportation, energy, heavy equipment, mining and maritime sectors, where conditions are tough and connectivity is scarce. The environmentally-sealed ST 6100 delivers global connectivity over the IsatData Pro satellite network and can be installed on mobile assets operating under extreme conditions such as vehicles, railcars and marine vessels. ORBCOMM’s ST 6100 can also be used in SCADA applications across the oil and gas and utilities sectors to remotely monitor and control equipment, including re-closers, pipelines, flow meters, generators and tanks.

With a broad set of integration tools, the unit's Starter Kit provides tools for the complete solution development cycle — development, testing and production, and includes a terminal, a simulation environment plus an interface development board and more. The ST series terminals can be programmed to support a wide range of applications and customer requirements. A device can be used with ORBCOMM configurable applications for more basic deployments, or loaded with custom scripts for more complex installations.

The ST series supports global satellite connectivity over the IsatData Pro network and leverages the latest in IoT technology to future proof solutions and provide users with a comprehensive feature set. ORBCOMM’s new ST 6100 features a built-in antenna suitable for both land and marine applications, an accelerometer, expanded memory capacity and enhanced support for navigation systems: GPS, Glonass and Beidou.