For Emergencies In Kentucky, SkyTerra Talks It Up 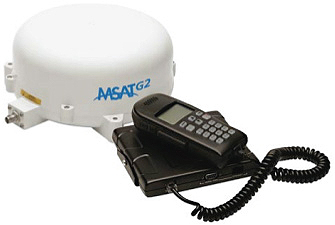 Using a grant from the U.S. Department of Health and Human Services’ Health Resources and Services Administration (HRSA), the Kentucky Department for Public Health (KDPH) purchased 355 units for distribution to health facilities statewide. Regions across the state were allotted satellite phones based on their size and provided general guidance on where to place the phones throughout the area. After all health facilities received a phone — some regions then provided SkyTerra phones to emergency management agencies and professionals such as EMS and regional HAZMAT teams.

To enable multi-agency interoperable communications, KDPH used SkyTerra’s satellite network to set up nine Kentucky-specific statewide talkgroups and has since joined several regional and national satellite mutual aid radio talkgroups (SMART™) operating on the SkyTerra network. These talkgroups allow one-to-one push-to-talk “dispatch style” and one-to-many “broadcast style” communications and are used for both day-to-day operations as well as in times of emergency. To ensure all hospitals and health facilities, as well as other public safety agencies with SkyTerra’s satellite phones, are prepared for a potential disaster, KDPH developed the DPH Satellite Communications Training Module — an online training module that includes a step-by-step tutorial on how to operate the satellite phone and talkgroups. KDPH encourages facilities with a satellite phone to train employees on how to operate the device and requires quarterly testing. The ability for health and medical personnel to stay in touch and keep each other informed during a disaster is invaluable. The statewide satellite network developed by KDPH ensures that hospitals and health facilities across Kentucky have a reliable backup communications system that they can depend on in times of emergency.