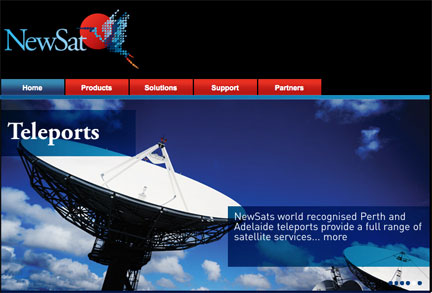 The new contracts and additional business are worth $1.7 million in additional revenue and will provide satellite communication services within Australia and internationally. The recent contract wins contributing to the $1.7 million total include:
Adrian Ballintine, NewSat’s Chief Executive Officer, said of the most recent contract wins, “The upgrade with the Australian Defence Force follows our recent $4.4m US Military contract, which reinforces our ability to provide world-class satellite communication solutions to armed forces around the globe. NewSat has been a long term partner of the ADF, and as a Defence Recognised Supplier, was recently formally acknowledged as a Supportive Employer of the Defence Reserves. Resource industries such as oil and gas continue to be a high value market for NewSat, and with demand on the rise, favourably places NewSat to continue its consistent new contract wins and record growth. The global demand for satellite communication services positions us well for our first geostationary communications satellite, Jabiru-1, which will deliver greater satellite communications to these markets.”