Kacific Broadband Satellite has strengthened their sales team with this new hire,  John Hawker as Vice President Sales, Melanesia and the Pacific. 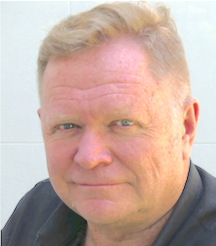 John has held senior roles in both the telecommunications and satellite industries in several of Kacific’s key markets throughout the Pacific and South East Asia. His experience in developing broadcast, data and telecommunication networks is highly relevant to the company’s plans for the region.

John comes to Kacific after serving as VP Sales Australia, PNG and Pacific islands for ABS Global. He previously held the position of Director, Asia Pacific for International Datacasting.

In addition, John will be able to draw on his experience with VSAT service providers in the Pacific, Southeast Asia and Africa as he helps the company forge strategic alliances to expand the Kacific ecosystem in the region leading up to the launch of their satellite, Kacific-1 in 2019.