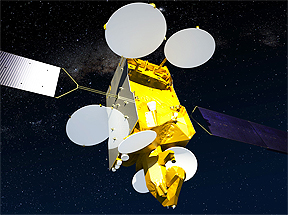 ...renewed and expanded a long-term capacity agreement for the distribution of its video and radio channels to audiences throughout Latin America, the Caribbean, North America and Western Europe. As part of the multi-year, multi-million dollar deal, the global broadcaster will continue to rely on SES’ NSS-806 satellite to reach viewers of the popular full-time religious network. NSS-806 provides high-powered coverage of Latin America and access to North America and Western Europe.

Once SES-6 is launched in early 2013, it will take over the distribution of Rede Novo Tempo channels from the highly coveted orbital position at 319.5 degrees East. SES-6 is one of seven SES satellites to be launched during an extensive fleet investment programme primarily aimed at meeting increasing demand for capacity over emerging markets.