[SatNews] New jobs are going to be created, thanks to this just-signed agreement...

NASA has announced a partnership with Space Florida to exclusively occupy, use, and modify Kennedy Space Center's Orbiter Processing Facility-3, the Space Shuttle Main Engine Processing Facility, and Processing Control Center. Space Florida, the aerospace economic development agency of the state of Florida, is leasing the Orbiter Processing Facility-3 to the Boeing Company to manufacture and test the company's Crew Space Transportation (CST-100) spacecraft, creating as many as 550 jobs along the Space Coast. The 15-year use permit deal is the latest step Kennedy is making as the center transitions from a historically government-only launch complex to a multi-user spaceport.

"Kennedy continues working to bring new commercial space activities to the center," said Kennedy Center Director Bob Cabana. "Partnering with Space Florida to enable commercial space operations at Kennedy will help NASA maintain facilities and assets while supporting our nation's space objectives and expanding opportunities for the U.S. economy." In addition to the agreement Boeing is signing with Space Florida to reuse existing KSC facilities, the aerospace company announced it is locating its Commercial Crew Program headquarters at the center. "We are extremely pleased that Boeing will locate its commercial crew headquarters here in Florida," said Frank DiBello, president of Space Florida. "This positions our state well for future growth and a leadership role in NASA's next-generation human space exploration initiatives. It is also a key factor in ensuring Florida's space-related economy continues to thrive." 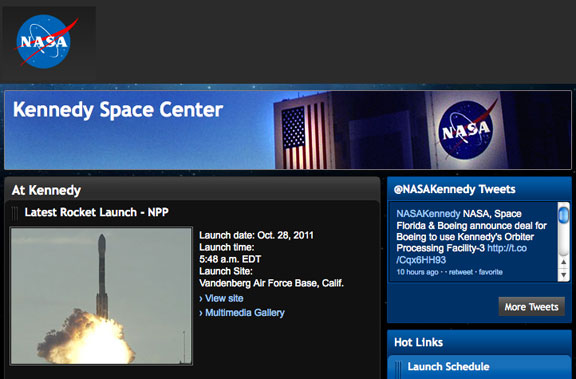 The goal of NASA's Commercial Crew Program is to facilitate the development of a U.S. commercial crew space transportation capability by achieving safe, reliable and cost-effective access to and from the International Space Station and future low Earth orbit destinations. "We selected Florida for the commercial crew headquarters because of its close proximity to not only our NASA customer at Kennedy Space Center, but also because of outstanding facilities and an experienced space workforce," said John Elbon, vice president and program manager of Boeing's Commercial Crew Programs. Boeing is developing the CST-100, a reusable capsule-shaped spacecraft that will consist of a crew module and service module for transporting up to seven people, or a combination of people and cargo to space.