[SatNews] At Optatec (May 20 – 22, 2014, in Frankfurt / Main, Germany) the Berliner Glas Group will present examples of its optical key components, assemblies and systems. 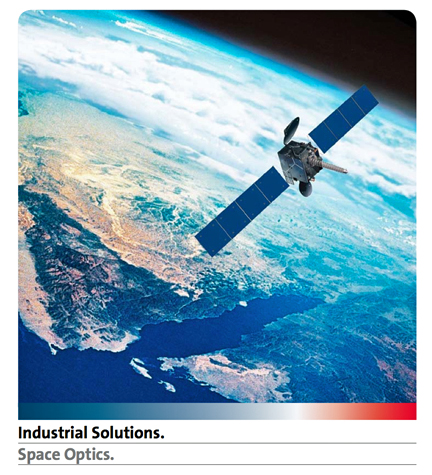 The company will display opto-mechanical components and systems such as the ones that are included in a laser communications terminal that was launched successfully into space on board Sentinel-1A, a polar-orbiting satellite, on April 3, 2014.

Furthermore, an intraoral camera to scan teeth in 3D that Berliner Glas, together with its customer, developed and now produces in series as well as an electrostatic wafer chuck for the semiconductor industry will be exhibited at Optatec. By means of the technically advanced, high-precision chuck demonstrator, the step-by-step setup of an electrostatic chuck will be presented and explained. The Berliner Glas Group, with its headquarters in Berlin and additional companies in Southern Germany, Switzerland and China, as well as a sales office in the United States, supplies the global players of selected market segments of the light-using industries—laser and space technology, semiconductor industry, medical technology, metrology,  analytics, defense and the display industry.

In cooperation with the customers, the Berliner Glas Group creates innovative system solutions using optical, mechanical and electronic components and thus provides a significant contribution to the value chain of its customers. Visit the company at Optatec on booth E29 in hall 3.0.

The Berliner Glas Group's infosite is accessible at http://www.berlinerglas.com/