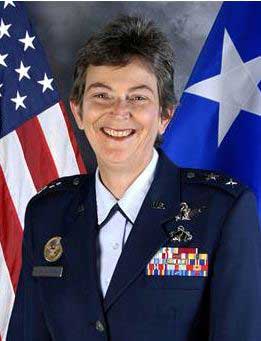 A change of command ceremony for the Air Force Space and Missile Systems Center will take place Friday, June 3, beginning at 10 a.m. at the Fort MacArthur parade ground in San Pedro, California. Here Lt. Gen. Ellen M. Pawlikowski will be the first female commander of the 5,000 people assigned to SMC and responsible for executing the center's $10 billion annual budget to acquire and sustain most of our nation's military space capabilities.  She will assume command from Lt. Gen. John T. "Tom" Sheridan who has served as the commander since May 2008. Lt. General Sheridan will be the featured guest in an upcoming MilsatMagazine. Lt. Gen. Pawlikowski was featured in MilsatMagazine.

Pawlikowski is returning to SMC after having previously served as the center's vice commander as well as the commander of the Military Satellite Communications Systems directorate.  "I am deeply honored to return to Los Angeles and lead the world's best space acquisition team," she said.  "We have exciting and challenging days ahead and I look forward to the challenge of delivering space capabilities for our nation." 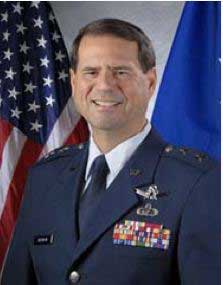 Lt. Gen. John T. "Tom" Sheridan
Sheridan, who will be retiring after 36 years in the Air Force, reflects on his time at the center: "One of the reasons we are the most capable space force in the world is the dedication and hard work of the men and women of SMC. Their work directly supports our deployed warfighters and has had a tremendous impact on the world's quality of life with capabilities like the Global Positioning System - vitally important for today and the future.  I am very proud to have led this talented team."

From February 2010 to May 2011, Pawlikowski served as the commander of the Air Force Research Laboratory, Wright-Patterson AFB, Ohio.  While assigned there, she was responsible for managing the Air Force's $2.2 billion science and technology efforts as well as $2.2 billion in additional customer-funded research and development programs.  She led a workforce of approximately 10,800 people in the laboratory's component technology directorates, the Air Force Office of Scientific Research, and the 711th Human Performance Wing.

Pawlikowski entered the Air Force in 1978 through the Reserve Officer Training Corps program at New Jersey Institute of Technology. She attended the University of California at Berkeley, where she received a doctorate in chemical engineering in December 1981.